The Loss Before the Loss

Anticipatory grief- the feelings of loss experienced before the physical loss of a loved one. The grief that occurs when someone you know is diagnosed with a terminal illness, has a disability that impairs their ability to thrive, or simply begins to age and decline. These events begin to shape the way we see and interact with our loved ones. Do you know someone with Alzheimer's? Alzheimer's is a debilitating illness affecting 1 in 9 Americans (Gaugler et al, 2015). A dise

The Elephant in the Room 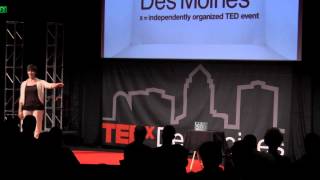 I recently watched the TED talk by Nancy Berns. In her talk, Nancy discusses the difficulty we have within our society in discussing and accepting the feelings that surround grief. Grief is messy. Life is messy. Perhaps the real problem is that we like to package up these uncomfortable feelings, put them in a box, and store them somewhere far away. When we see people grieving, it makes us uncomfortable. Do we talk about the loss with them? What if it makes them more sa

There are 47.5 million people living with dementia; each year there are 7.7 million new cases. People living with advanced stage dementia have an increased need for assistance in self-care, difficulty walking, and difficulty recognizing friends and family, among other things ("Dementia", 2016). Although people with dementia have difficulty recognizing many things that were once familiar to them, they remember the concept of death and know they are going to die (Scott, 2013)

Caregiving and the Family

VETERANS IN HOSPICE AND PALLIATIVE CARE

What Hospice Means to Me